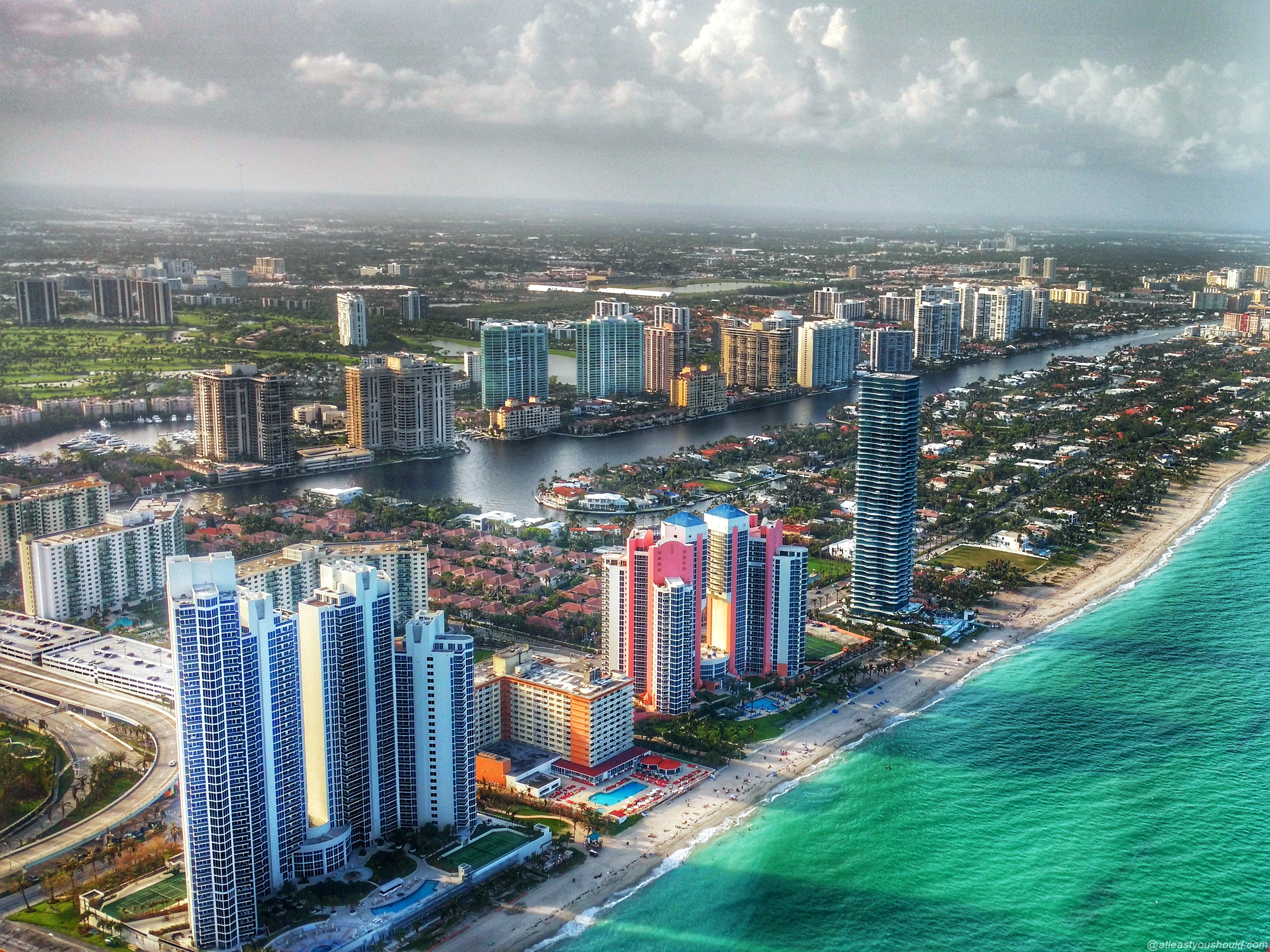 End of September we fulfilled a promise and got the Colombia gang back together for a fun tour in Florida.

Two crazy Colombians. A Russian/Korean. A Japanese/American. A Chinese and me – most boring – a 100% German and (of course) in charge of trip planning and finances. 😀

We were a bit worried because we got Air Berlin tickets and flights were supposed to end early October because of the airlines’ bankruptcy. But more about that later.

Thanks to a national holiday in between, only 3 vacation days required.

We arrived late afternoon at Miami airport. Since we were 6 people, all arriving on the same day but at totally different times, we had organized two cars. I usually do it via brokers like Check24. The prices always beat the big rental companies and in a place like Florida driving is so easy, very little trouble to be expected.

We also got the highway auto prepaid toll. We probably shouldn’t, as it was like 70 bucks… So more than the car itself. 😉 But you can use the fast lanes with it and don’t need to bother with the toll. Other alternative is a precharge card to pay as you go.

Heading to Fort Lauderdale where we had booked a whole house via AirBnB. Perfect for 6 people. Traffic is not great around Miami, but was still okay. Took us a bit over an hour. First night was slow. We just did our grocery shopping and settled in the house for some drinks and catching up.

On day 1 weather was pretty bad and forecast was rain for most of the day. So we had an extended breakfast on the porch and made for the everglades. Due to a recent storm, most of the park was damaged or closed for repairs, so we went for an airboat ride in the national reserve instead of the park itself.

The airboat ride is pretty cool and you should definitely try. But those things are loud – you can’t talk much when they go. Most people wear earplugs (you get them from the tour operators). Also driving is… hard. There is no reverse, so parking is controlled “crashing”. My recommendation is to go for the shorter tours and get on one of the private and much smaller boats.

After that checked some of the sights in Fort Lauderdale – the canals are really nice – and then onwards to shop at Sawgrass Mills. 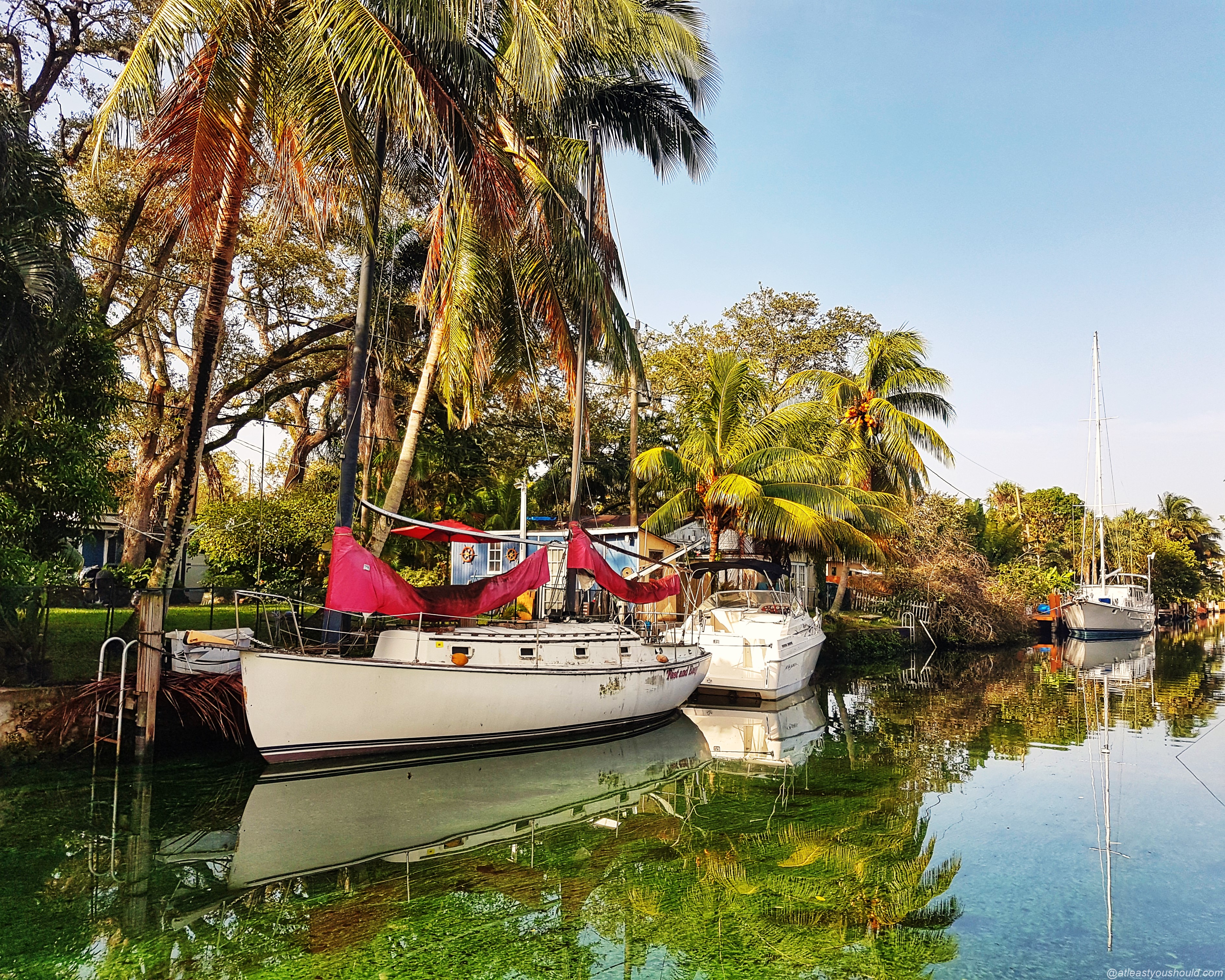 I know everyone loves to shop sports gear and Polo’s in the U.S… But to be honest: It is crowded, feels so fake, and is not really that cheap. Personally – [not recommended].

We visited some friends afterwards and then went for drinks, seafood, and oysters at the Southport Raw Bar. Pretty cool place with decent prices and a lot of “must tries while in Florida” dishes. Finishing off the evening with a night out in the club area of Ft. Lauderdale.

Day 2 (Saturday) Off to Miami Beach

In Miami Beach parking is expensive and we opted to drive all the way down to South Point Beach. You can work your way up nicely from there, also great for swimming if you don’t mind the people. Then just head north on Ocean Drive for all the “essential” views of the great Art Deco buildings. 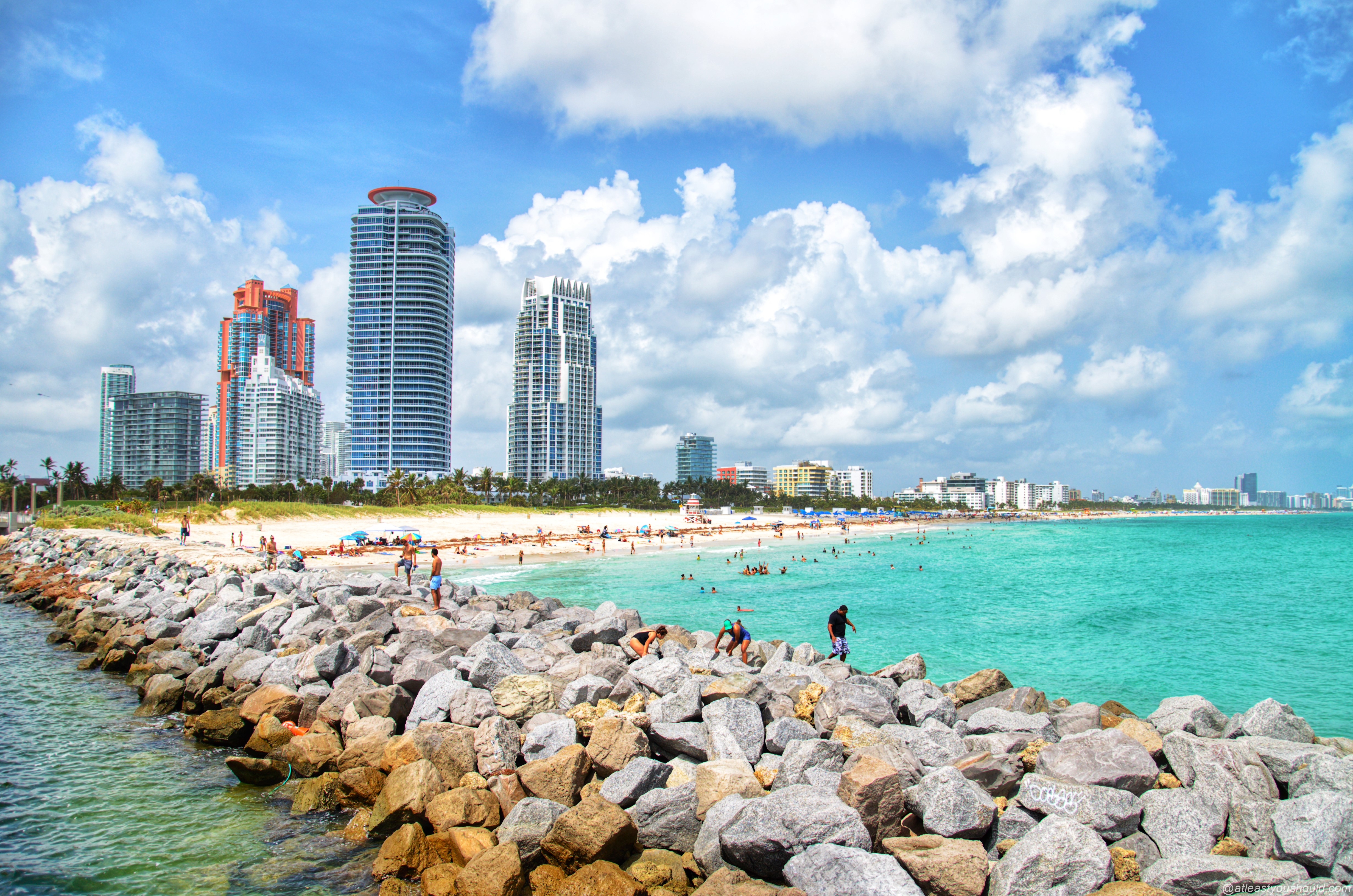 We had a long coffee stop in the famous News Cafe. 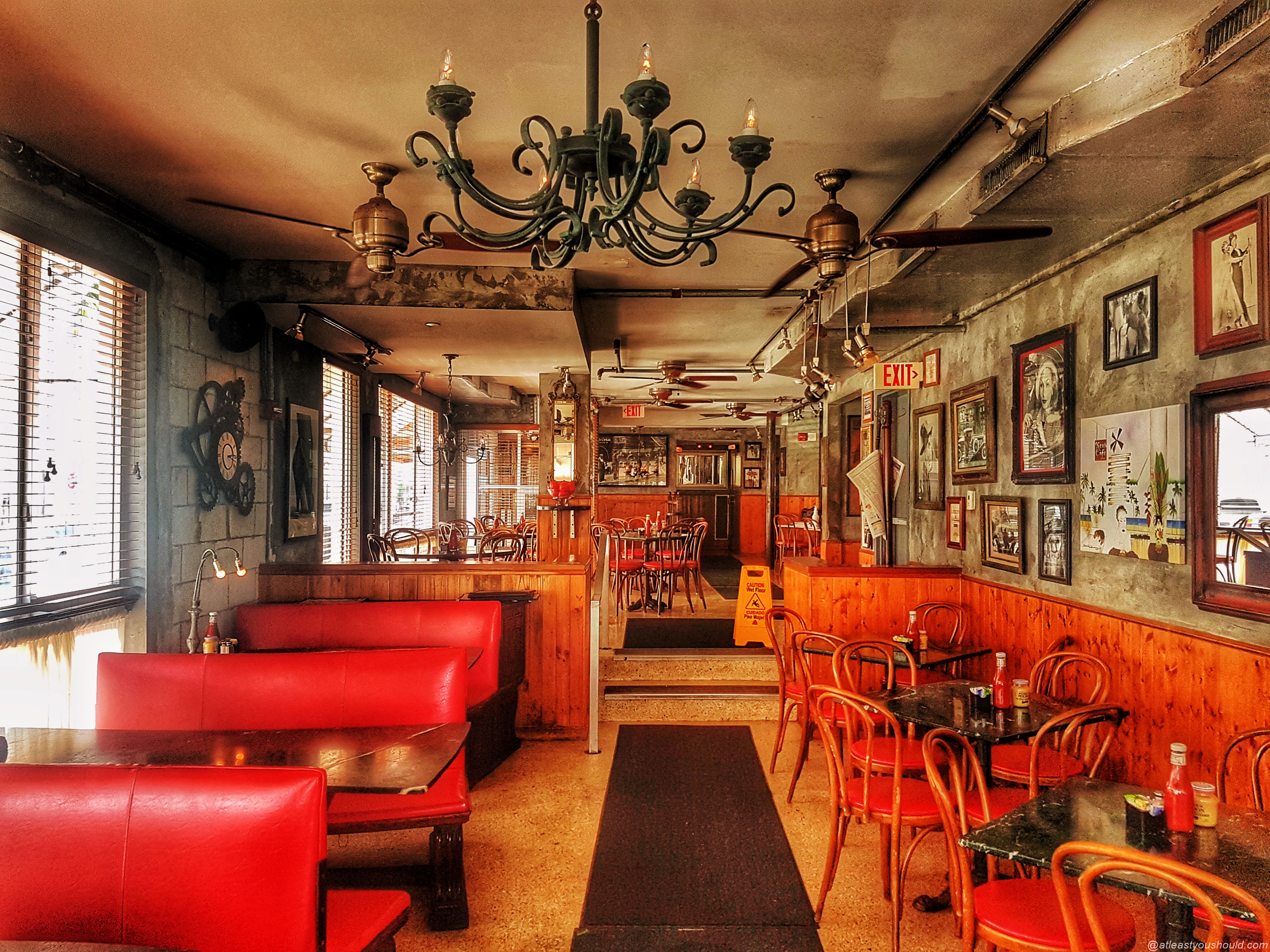 Over extensive (and expensive 😉 coffee we decided to go for a helicopter flight across Miami Beach for sunset. The flights are expensive, but there is really no need to book the extended durations. As long as they fly over the harbor and beach area, you see all the essential points from above even in the 15-30min flights. Heli flights are max 4ppl per flight, so account for that. After a short safety induction you are clear for takeoff. In the back row you can open the side windows slightly – A must if you want to take pictures. Just be careful with the strong wind. Best view is in the front, best picture spots are the side seats in the back. We didn’t time it perfectly for the sunset but still had a really good time. 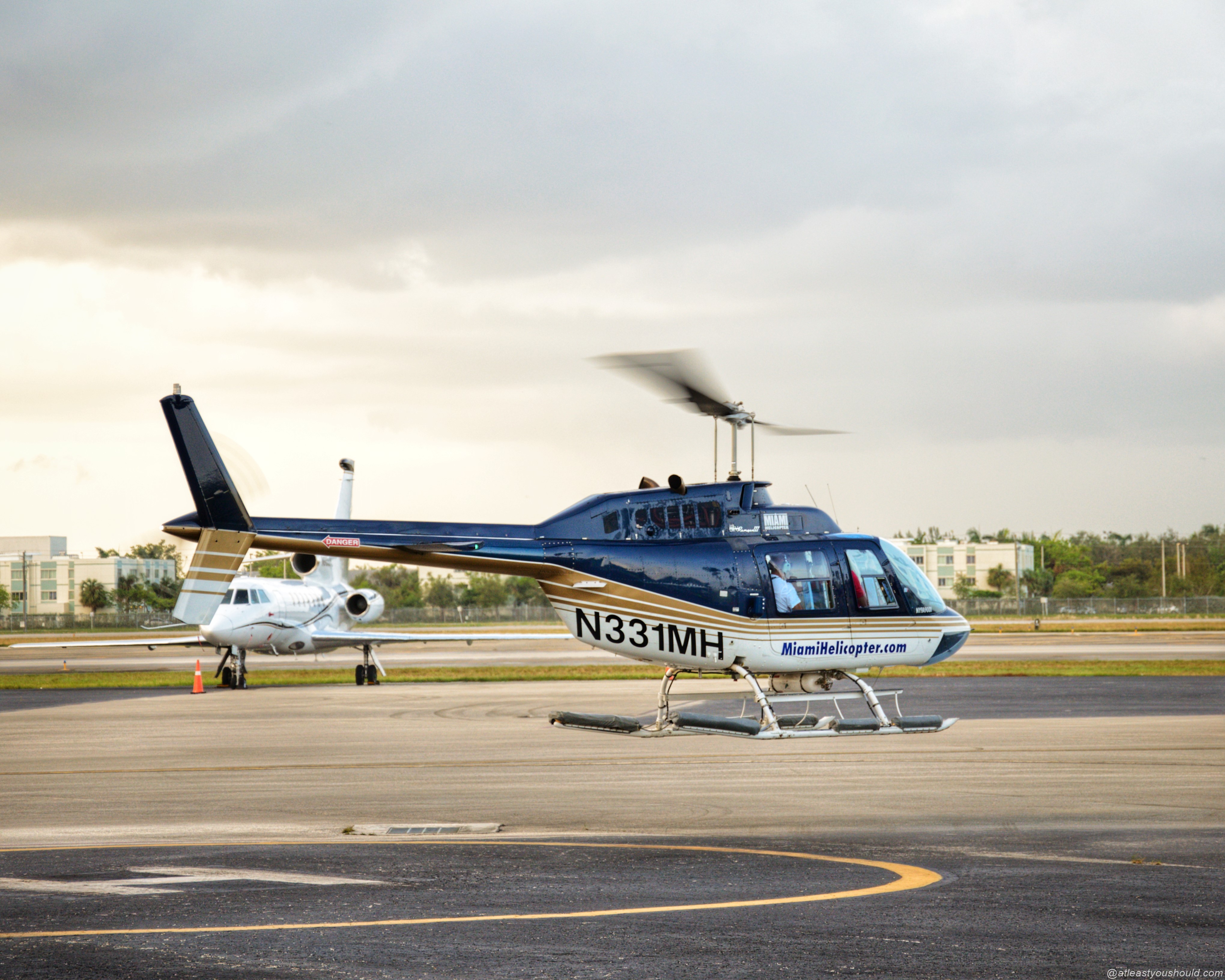 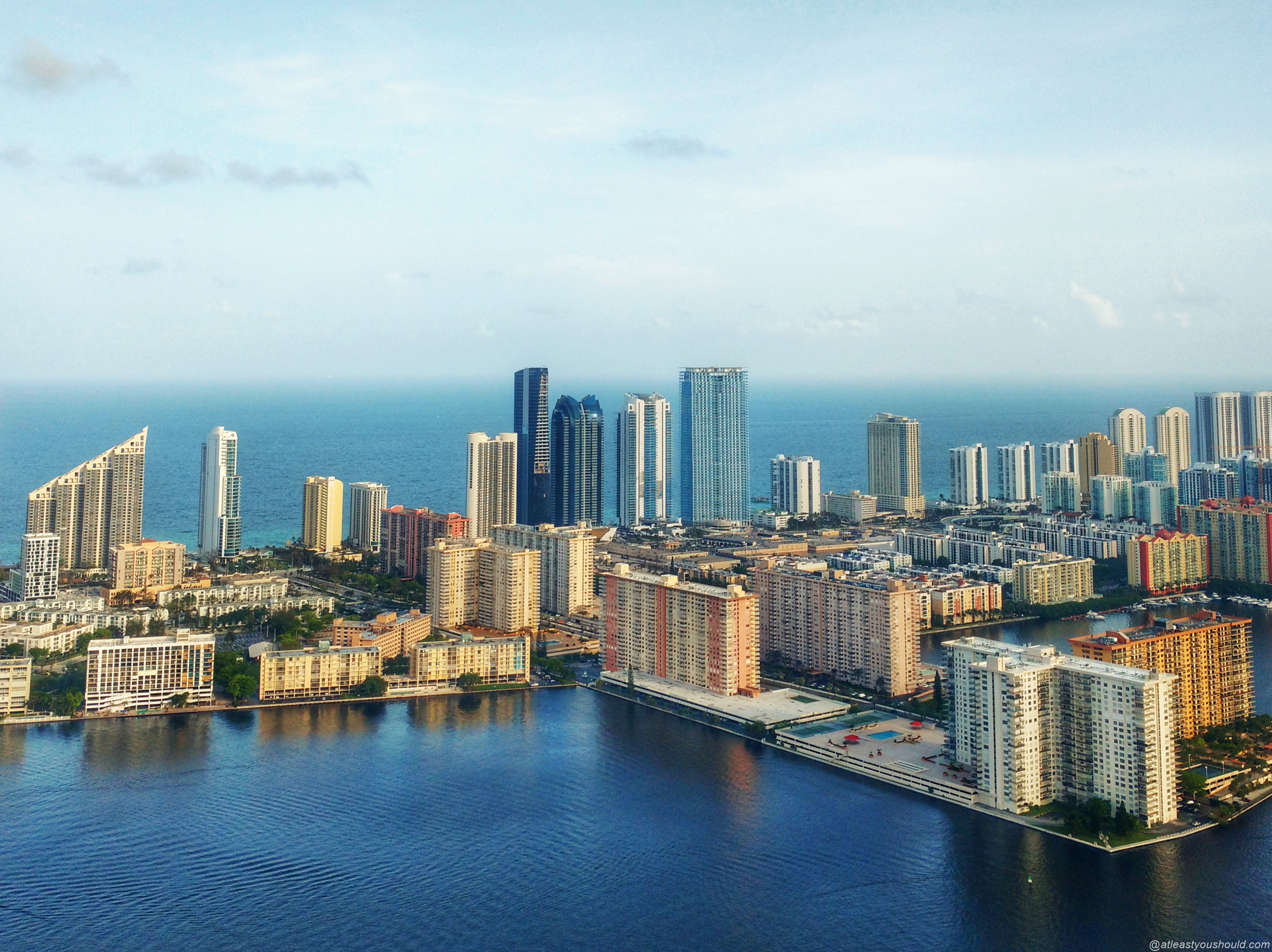 Onwards for dinner to little Havana. The Cuban community is huge in Miami, as are the choices of great Cuban restaurants. At least one evening you should try this. Don’t end up in a Burger place or some standard restaurant chain. We had a long Cuban cocktail dinner at Doce Provisions – I can really recommend sitting in the backyard, quiet and beautiful.

After the dinner we went for skyline pictures of Miami. There is an ideal spot under the bridge on Watson Island. There will be some other photographers, so it is generally safe. We took our sweet time for this and then headed back to Fort Lauderdale. 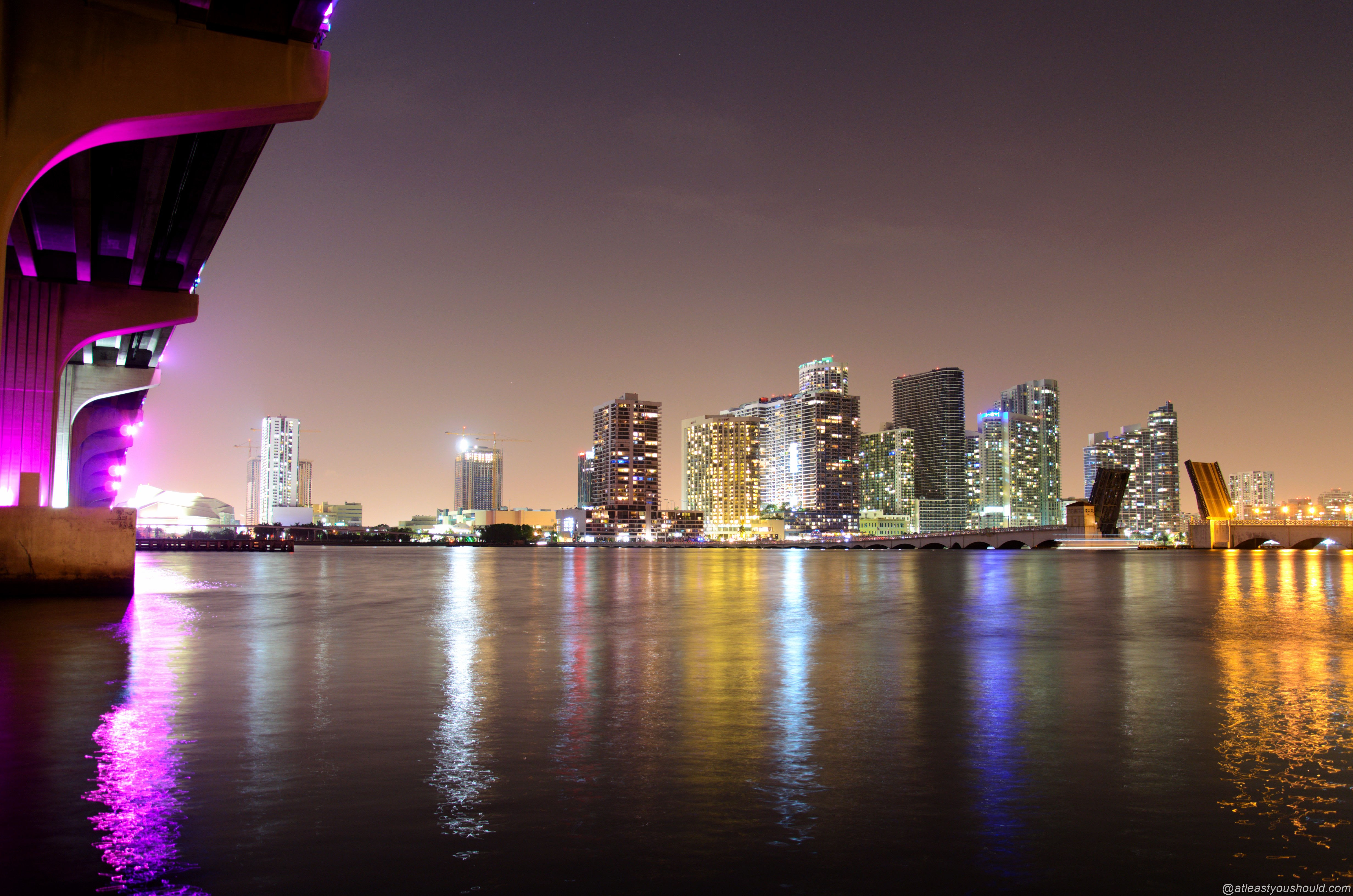 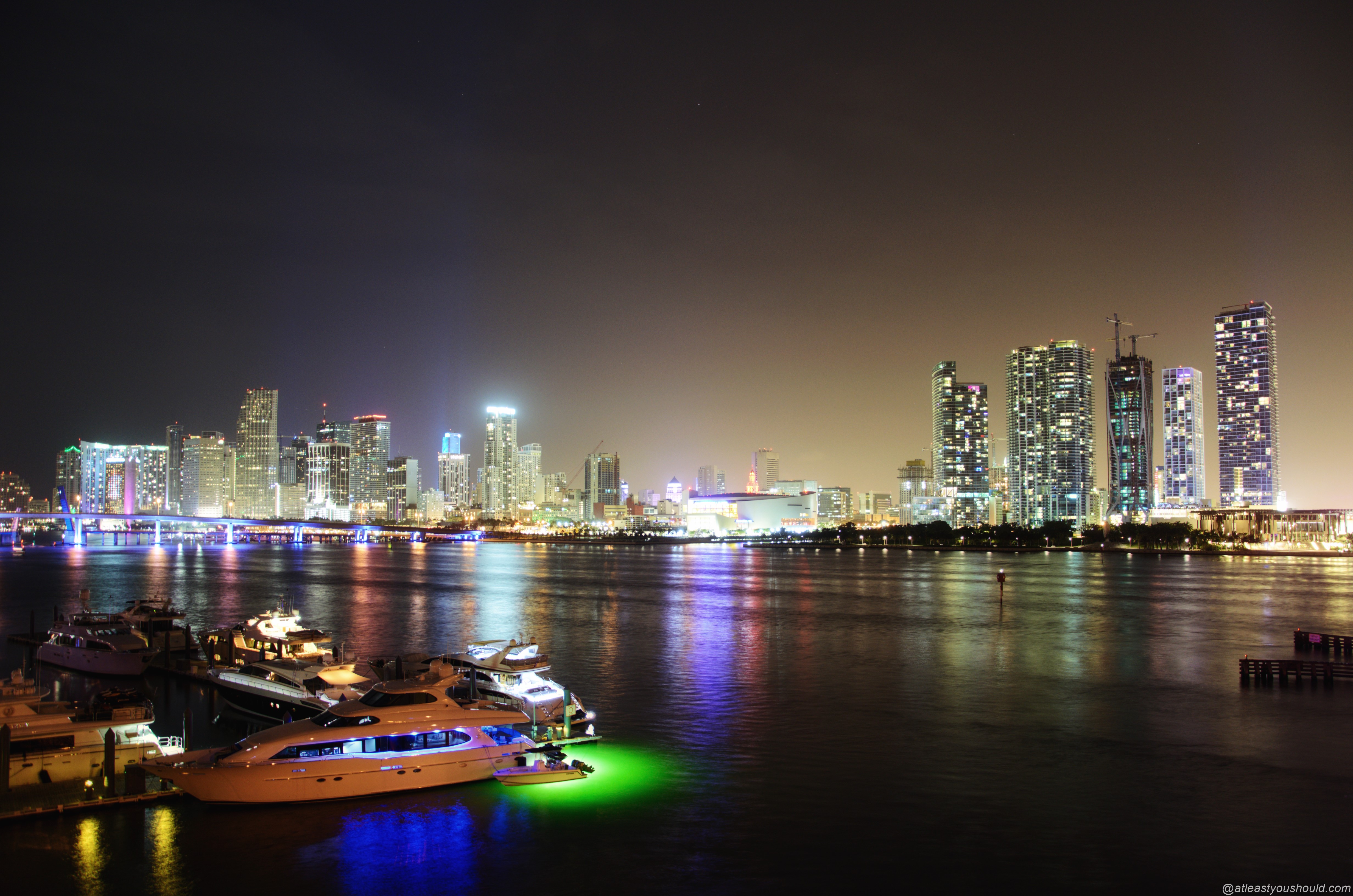 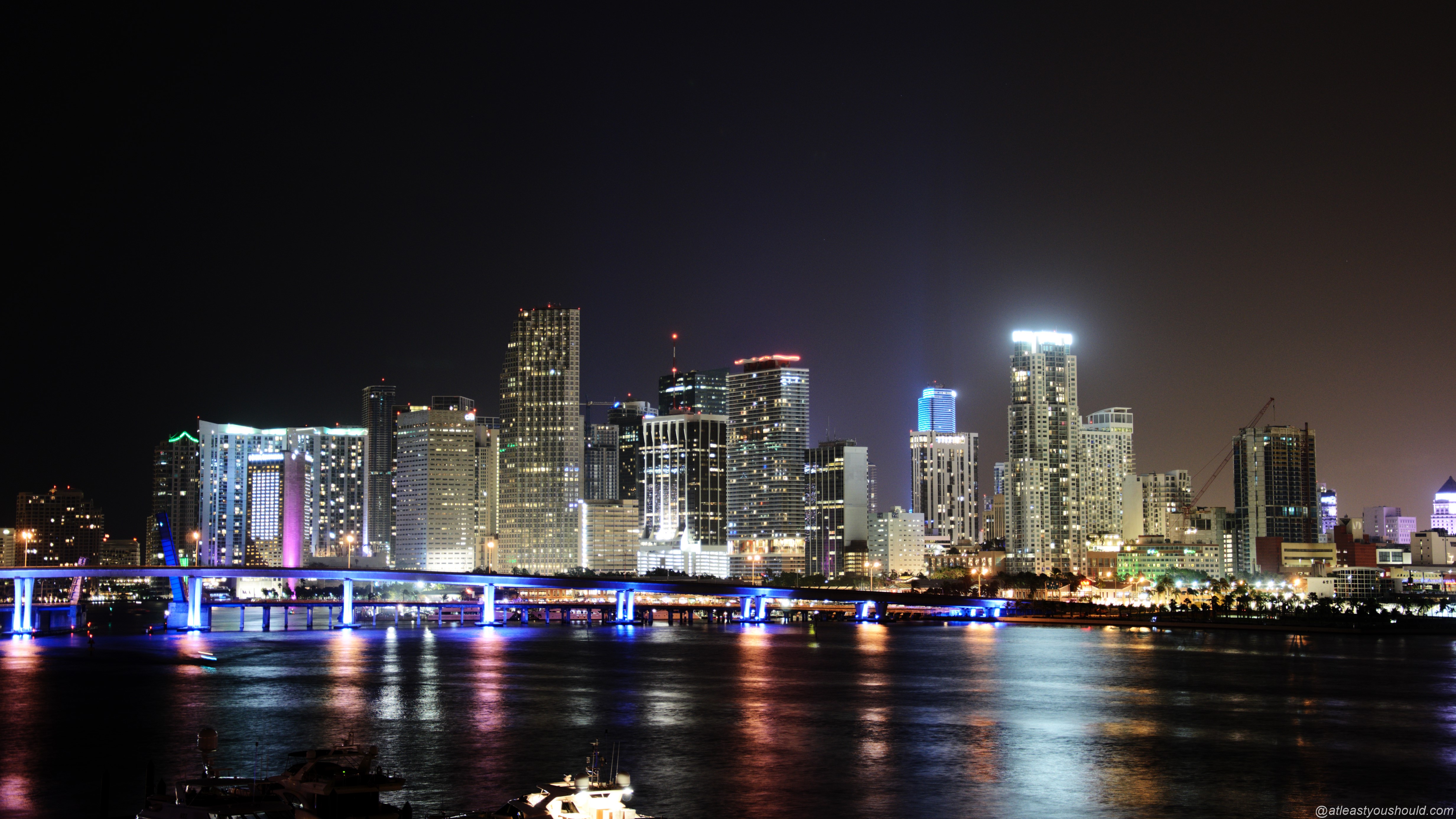 On Day 3 (Sunday) we drove down to the Keys. It is supposed to be bad driving when it is a Friday (down) or Sunday (up) due to weekend travelers. But on that Sunday (and starting very early) it was a smooth ride.

We found a nice place for brunch and then spend some time at a resort. Sadly waterskiing was closed due to pollution problems in the water after the storm, so we headed back to Miami Beach in the afternoon and went for sunset Jet skiing instead. 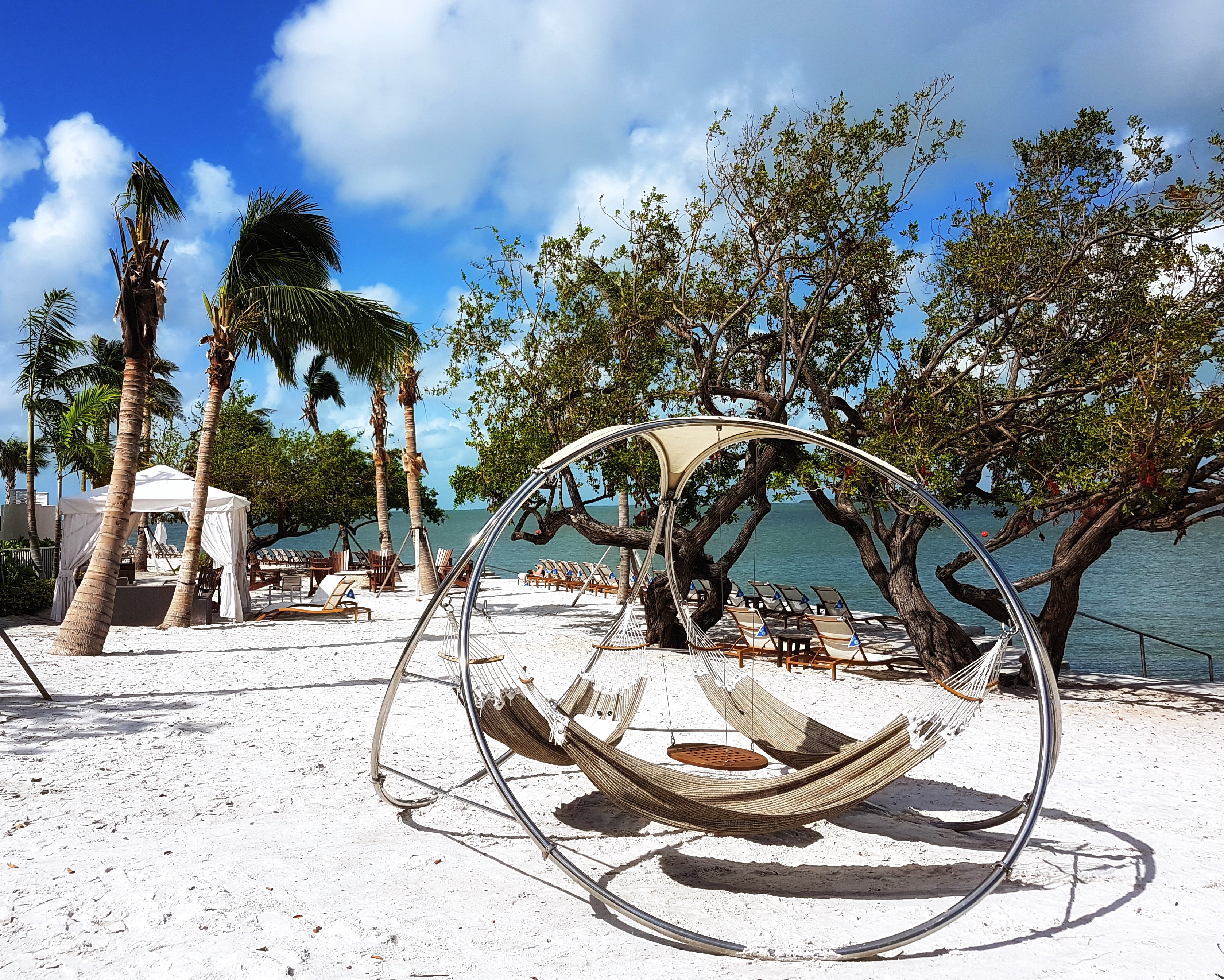 We tried several places, and although many guides recommend to go to Bayside for this, I strongly advise against the Miami Jet Ski rental there. Overpriced and shitty service, plus the tour is slow and boring. Stay away from Bayside in general – it is a tourist trap and [not recommended]. Better to head further up north to some of the other rental places. Cheaper and you can rush through the bay at full speed. 🙂

After this we stopped at one of the large supermarkets and got ourselves geared-up for a really nice BBQ. This is why I recommend renting a whole house – almost always you get your own grill and can make a fantastic evening.

Day 4 meant some of the guys already had to leave. Those of us that remained went for Wynwood Walls. This is an absolute must-do. The street art is amazing and all over the place. Dont overlook some of the smaller side streets – you’ll miss out on some great stuff! 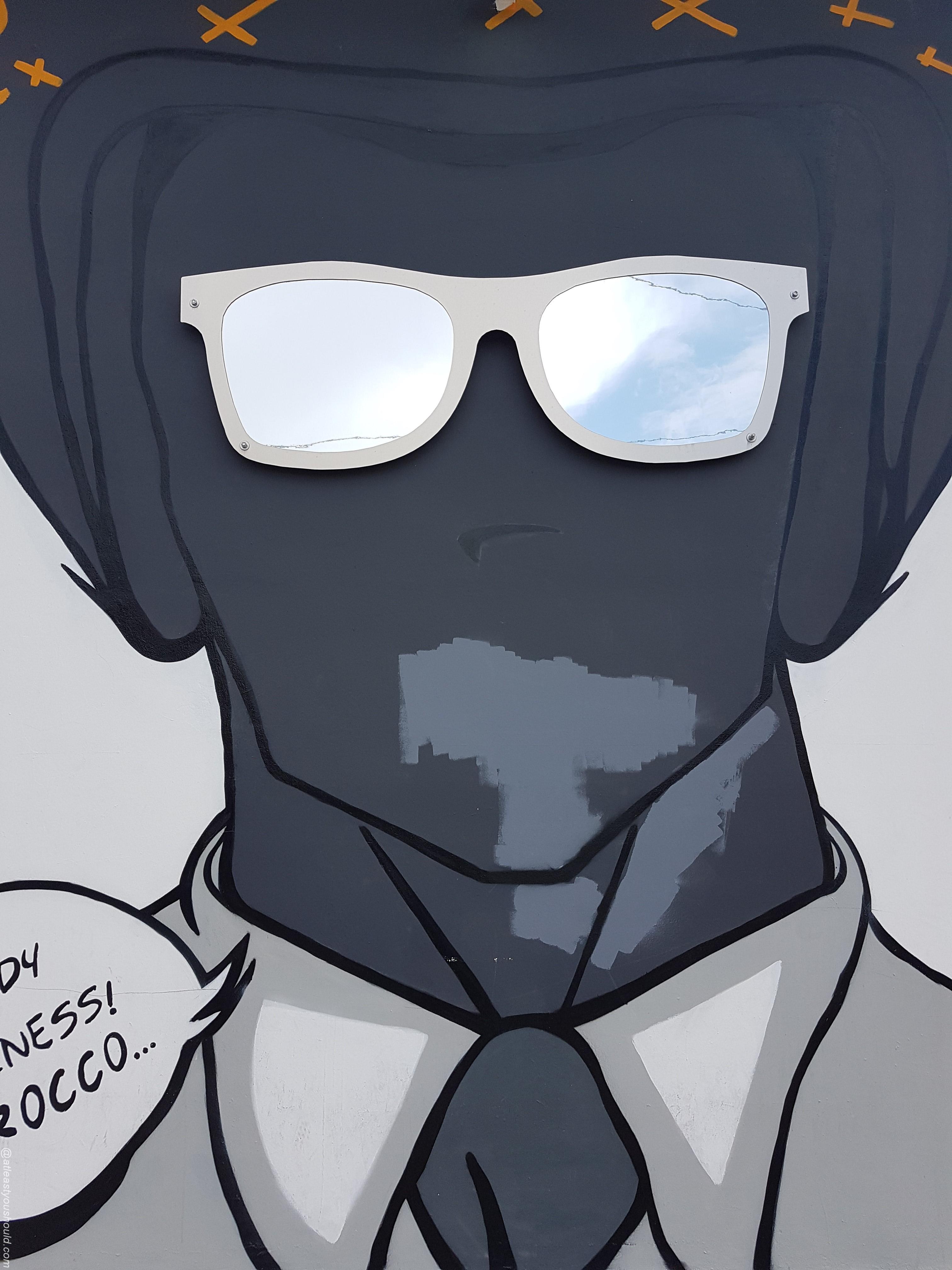 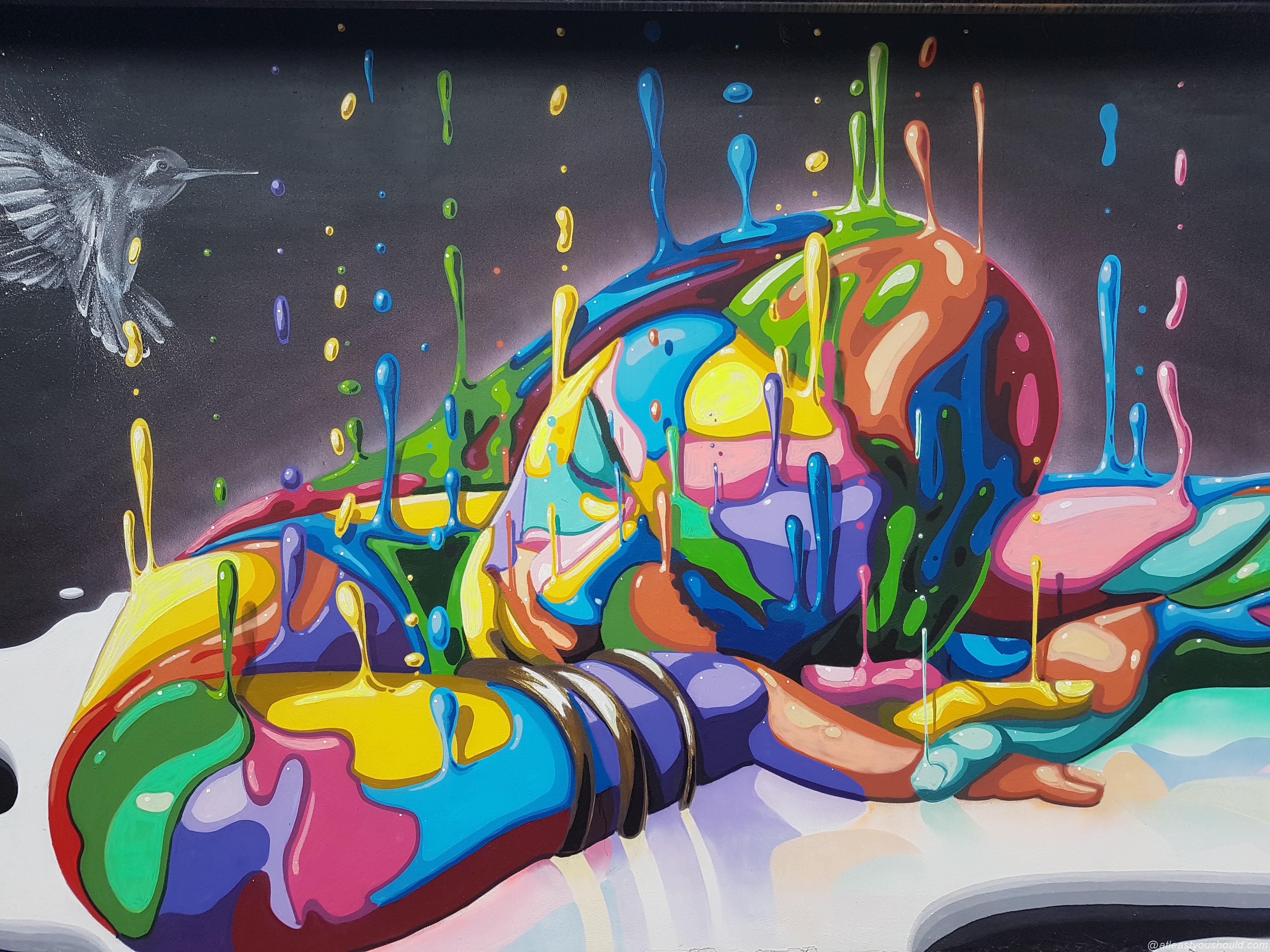 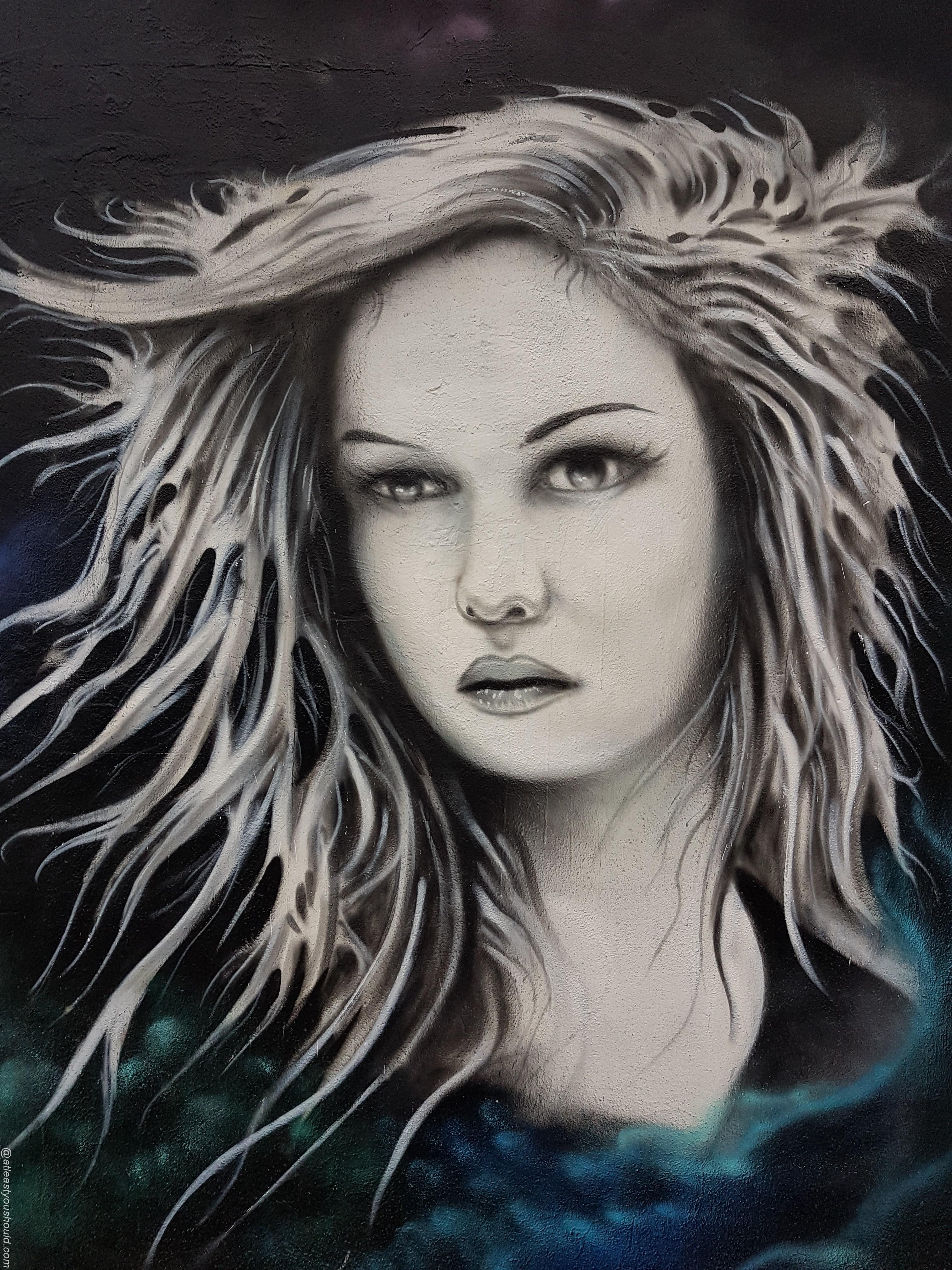 For the late afternoon / evening we went back to Miami Beach – the girls went shopping on/around Lincoln street and us guys went to get those Ocean Drive night shots you just have to have. 😉 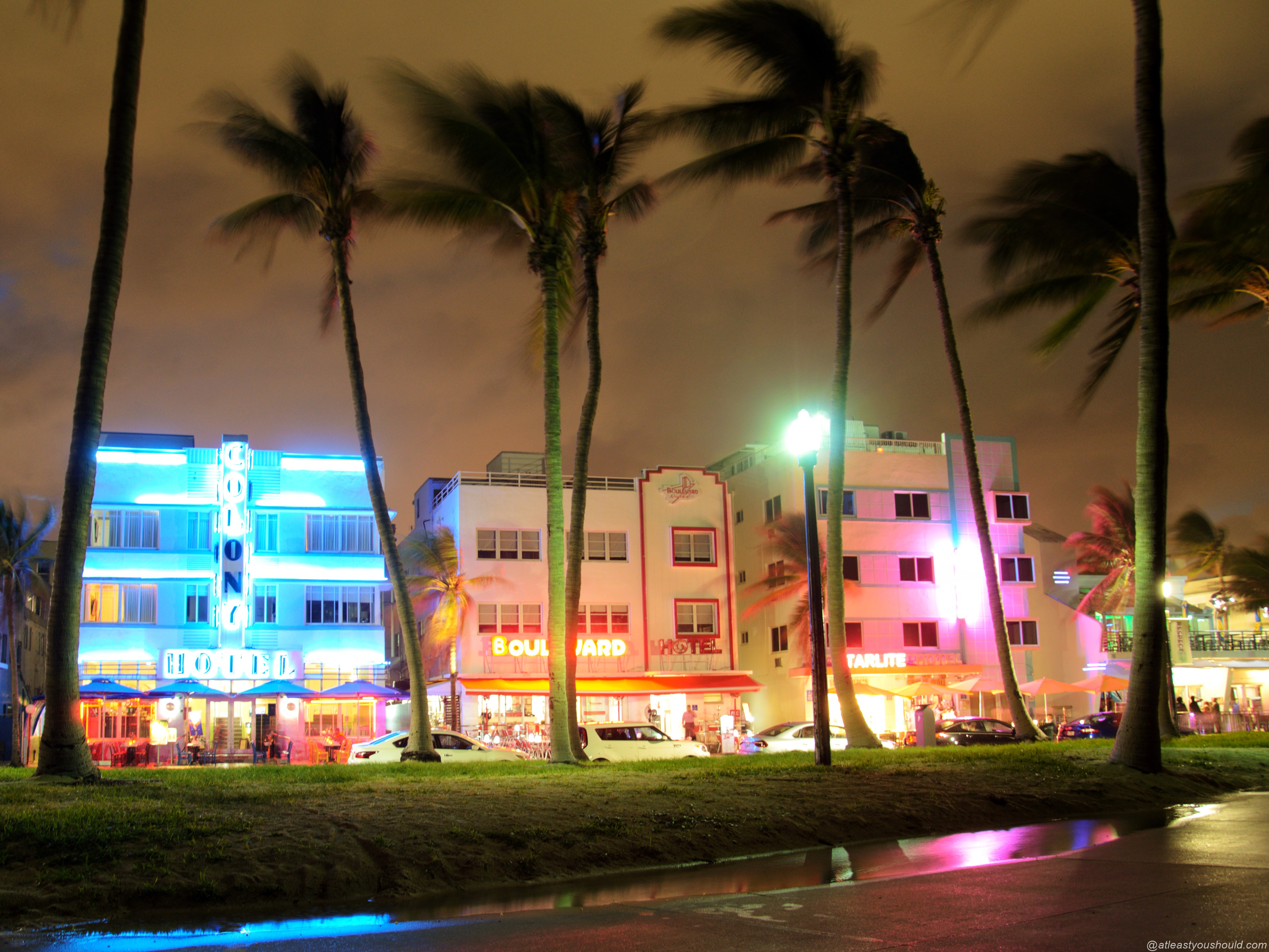 The last pic of the trip from a perfect spot on the top floor of the Best Buy on the corner of 5th and Alton. You can get an amazing long expo shot and parking is free if you stay less than 1hr. And they stay open late. 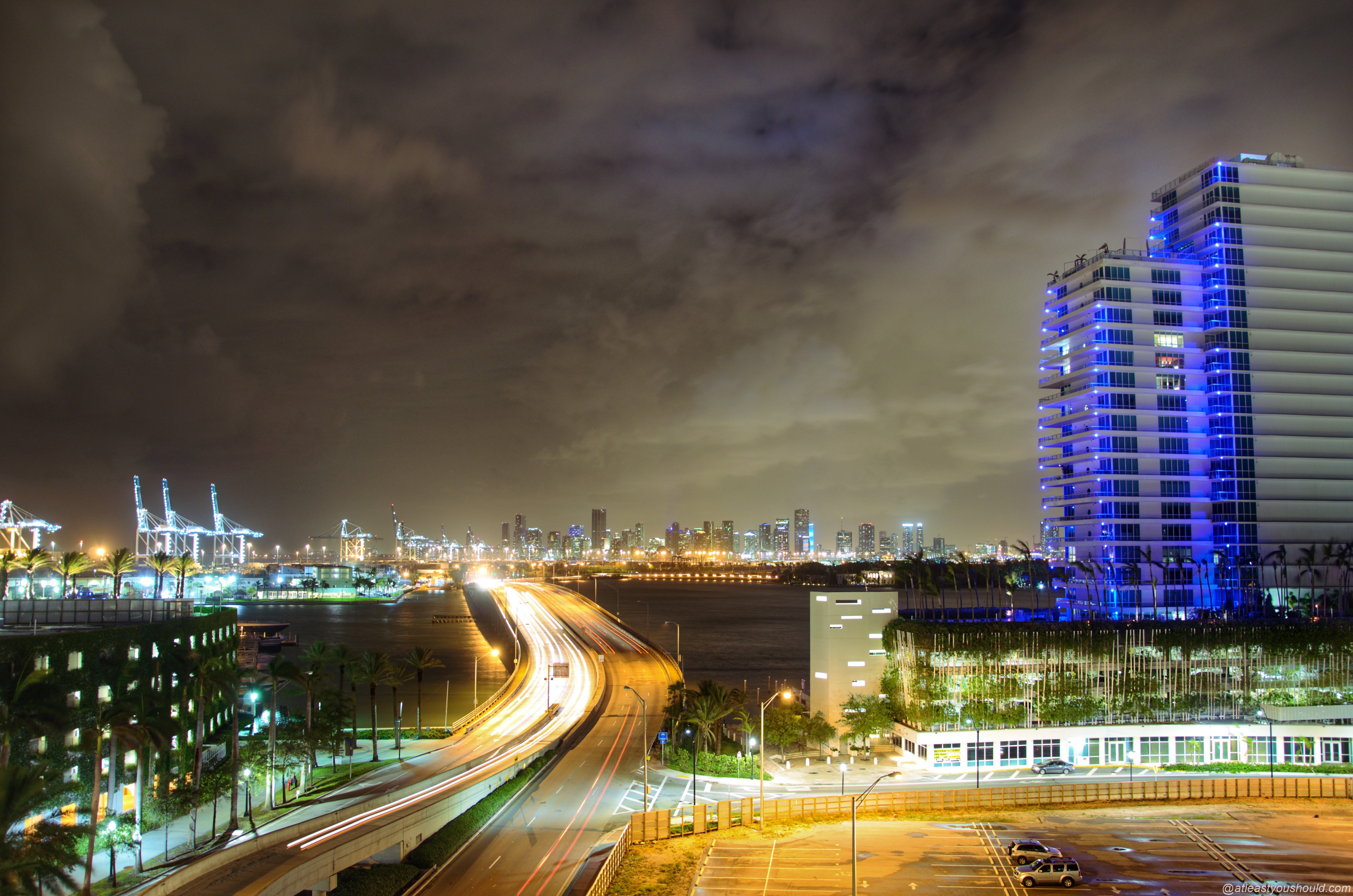